This video shows the efforts of various developers who participated in the production of Chronicle and various behind-the-scenes stories in the process. 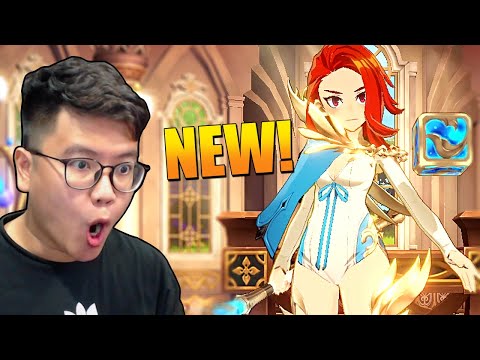 On the 14th, the first developer story video released through the official YouTube channel, developers such as planning, programs, art, and sound appeared, and 'Chronicle' of 'Chronicle' through the worldview, character characters, and major concerns in the development process. I introduced the production process.

'Chronicle' is the first MMORPG developed based on the global hit 'Summers War: Avena (Summers War)' IP (Intellectual Property), which has surpassed 140 million downloads worldwide. 'It is set in the background of the entire project that forms the worldview.

Lee Eun-jae, general manager of the game production division, who is in charge of development, said, A lot of users who are new to the game and users with IP experiences can be immersed from the start of the game. I did it, he said.

In particular, 'Chronicle' is the first IP game for the summoner to play adventures and battle with several summons. Three summoners, such as the long-range wizard Orbia, the ranged healer 'Kina', and the short-range tanker 'Cliff', are expected to provide fun that has not been experienced as much as a new story.

Won Tae-il, the head of the art team, said, We worked with more weight on character and character than the general design of each job. Cliff has been strange and playful, Kina is shy but powerful, and Orbia is feminine and chic The appearance is well combined with the design.

In addition, the video also introduces not only summoners but also the production process for more than 350 summons. For the first time in the IP, you can see interesting stories such as the work that gives the sound by putting the voice in the summoner and the characters that are interpreted in the chronicle's unique graphic style.

The first developer's story video can be confirmed through the official YouTube channel, and the second video of the developer's video containing various contents information will be released later.

Meanwhile, Chronicle is holding a pre-booking event for Korean users ahead of its domestic launch in July, and will be introduced in the global market as a P2O (Play to OWN) game based on the C2X ecosystem in the second half of the year.